* In case of any delay in receiving the OTP, you may verify it later. Please proceed without verification.

Enter your City name or Pincode

The town of Phillaur lies in the Jalandhar District of Punjab, India. It is also an important railway joint on the boundary line of two cities, i.e. Ludhiana and Jalandhar. Earlier, it was the intersection point for Lohian city and Ferozepur. Phillaur was a chief market for timber during pre-partition period and the city is located on the River Sutlej which is a part of Sapt Sindhu River System, a group of seven rivers. During that time, the timber wood that was chopped among the higher areas of Shivalik Mountain Range was directly tossed into this river and afterwards gathered at this city for trading it onwards. 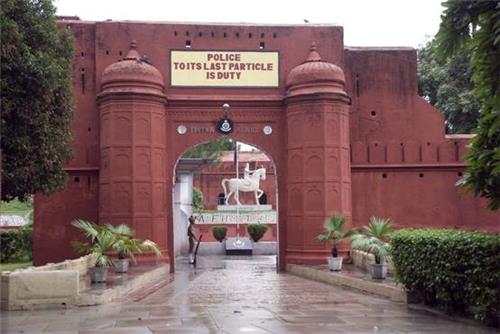 The city of Phillaur is also the hometown of the ancient scholar Sharda Ram Phillaur who actually wrote the well known Hindu hymn Jai Jagdish Hare during 1870s. Here in Phillaur there is a memorial made in the memory of this great writer. So, there are plenty of things to know about Phillaur city in Punjab.

The city was given this name by a Sanghera Jut known as Phul and he gave the name Phulnagar to this town previously. The Naru Rajputs were ordered to invade this town by Rai Shahr and later they seized the town when Rai’s son Ratan Pal went way from Mau and moved to Phillaur. In the reign of Sher Shah Suri (1540-1545 A. D.), a sarai or a lodge was constructed at Phillaur with the aim of business as well as military use. This Sarai was later restored by Mughal Ruler Shahjahan (1627-1657 A. D.) in order to employ it as a Postal Office or Dhak Ghar as well as an Army Camp. Following the Treaty of Amritsar which was done in 1809 among Ranjit Singh and the British East India Company, this turned out to be a border post for the Lahore Kingdom of Ranjit Singh. This was reserved and handled by Raja Dhanpat Rai who was also the Munshi or accountant for the areas under the River Sutlej which actually later came under the Ludhiana town (created as an army cantonment by British during 1842). Later this Sarai was changed into a fort for the purpose of a station. Currently, the fort is known as Ranjit Singh Fort and is employed as a Police Training Academy or PTA. This police academy’s Finger Print Bureau was made in 1892 and is one of the ancient institutions of this area.The railway station of Phillaur stands today but is not serviceable and purposeful. Phillaur is on the National Highway 1 - NH. 1 of conventional Grant Trunk Road also called as G.T. Road or the Sher Sha Suri Marg. The real G.T. Road goes through this city and the ancient pathway of this road is currently present and is adjacent to the railway bridge which passes through the city of Ludhiana.

Phillaur town possesses a total population of 22,228 inhabitants in which males are 54% and females constitute 46% of the entire populace according the reports of census 2001 of India. The city has an average literacy rate of 28% which is precisely lower than the India’s national average literacy rate of 59.5%; there are 24% literate males and 33% educated females in the city. Moreover, the population of children below the age of 6 years is 11% of the whole masses. Some of the villages that come under the Tehsil of Phillaur are Shahpur, Bachhowalï, Akalpur, Apra, Atta, Atti, Sailkiana, Asapur, Bilga, Mao Sahib, and Bara Pind.

The administration of Phillaur has been quite efficient in providing the town with a better banking infrastructure as presently there are 26 known and reputed banks situated all over the city and serving the locals for their saving and loan related needs. These banks are available with facilities like savings accounts, recurring deposits, fixed deposits, etc. and also give education, business and home loans to those in need. The presence of these banks makes the banking infrastructure quite developed here.

Similar to the adequate banking infrastructure of the city, the healthcare network of Phillaur is also developing and presently is quite satisfactory for the locals. There are numerous hospitals in the city including both private as well government owned. And these hospitals are always there for fulfilling the medical requirements of each and every individual of the city. The administration is also planning to construct some more hospitals in Phillaur and hopefully this too will be done by the upcoming years. Below, we have given is the list of hospitals located all around the city.


Safety and Security in Phillaur

Phillaur being under the Jalandhar district, the police department is also a part of the district administration and handles the duty of maintaining a strict law and order in the city. Phillaur police is well proficient in providing a safe environment all around the Tehsil of Phillaur. The credit of the decreasing crime rate must be given to them as currently only some small and non-piteous crimes happen here and the police do their best to handle them successfully.

Being located on the National Highway 1 (NH 1), Phillaur is directly connected to some major cities of the country like Delhi. Also, since the railway station of Phillaur is not currently working so the nearby and major railway station is Ludhiana Railway Station which is just 16.8 km from the city and a taxi will take you to Phillaur from the railway station. Moreover, the nearest airport to Phillaur is Ludhiana Airport which is situated at a distance of 20 km from the city and the major airport from here is Chandigarh Airport as well and is 103 km away and offers domestic and international flights. For travelers nearby to this town, there are many regular buses that are available from Chandigarh and other nearby cities of Phillaur.

Phillaur at a glance

Comments / Discussion Board - About Phillaur